HELSINKI, Finland — Shortly after 6 a.m. on Thursday, people began lining up outside the central office of the Finnish tax administration. It was chilly and dark, but they claimed their places, eager to be the first to tap into a mother lode of data.

Pamplona can boast of the running of the bulls, Rio de Janeiro has Carnival, but Helsinki is alone in observing “National Jealousy Day,” when every Finnish citizen’s taxable income is made public at 8 a.m. sharp.

The annual Nov. 1 data dump is the starting gun for a countrywide game of who’s up and who’s down. Which tousled tech entrepreneur has sold his company? Which Instagram celebrity is, in fact, broke? Which retired executive is weaseling out of his tax liabilities?

Esa Saarinen, a professor of philosophy at Aalto University in Helsinki, described it as “a fairly positive form of gossip.”
Lunchtime near the Helsinki Stock Exchange.CreditDmitry Kostyukov for The New York Times 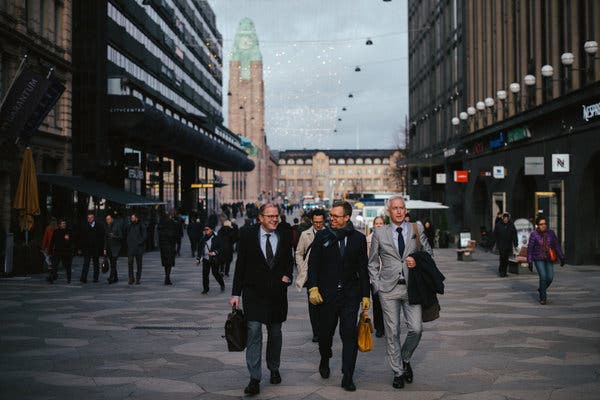 Finland is unusual, even among the Nordic states, in turning its release of personal tax data — to comply with government transparency laws — into a public ritual of comparison. Though some complain that the tradition is an invasion of privacy, most say it has helped the country resist the trend toward growing inequality that has crept across of the rest of Europe.

“We’re looking at the gap between normal people and those rich, rich people — is it getting too wide?” said Tuomo Pietilainen, an investigative reporter at Helsingin Sanomat, the country’s largest daily newspaper.

You have 4 free articles remaining.

“When we do publish the figures, the people who have lower salary start to think, ‘Why do my colleagues make more?”’ he said. “Our work has the effect that people are paid more.”

Employers, he said, “have to behave better than in conditions where there is no transparency.”

Roman Schatz, 58, a German-born author, rolled his eyes, a little, at Finland’s annual celebration of its own honesty.

Mr. Schatz warned against taking all the financial figures released publicly at face value, noting that nontaxable income, like grants or business deductions, may not appear.

“It makes me smile every time, because it’s my taxable income, and people say, ‘Roman Schatz makes less than a schoolteacher,’” he said.

“It creates an illusion of transparency so we all feel good about ourselves,” said Roman Schatz, an author.CreditDmitry Kostyukov for The New York Times 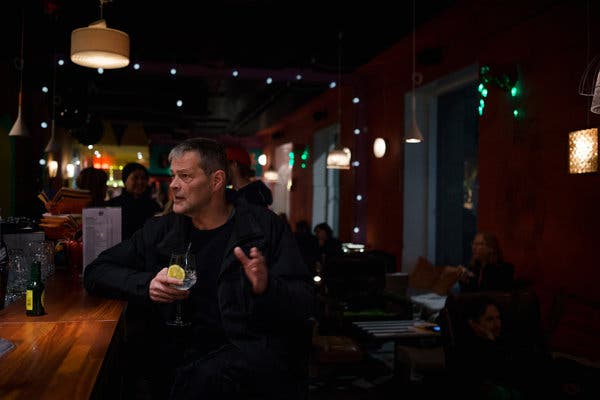 “It creates an illusion of transparency so we all feel good about ourselves,” said Roman Schatz, an author.CreditDmitry Kostyukov for The New York Times

Economists in the United States have shown great interest in salary disclosure in recent years, in part as a way of reducing gender or racial disparities in pay.

Transparency may or may not reduce inequality, but does tend to make people less satisfied, several concluded. A study of faculty members at the University of California, where pay was made accessible online in 2008, found that lower-earning workers, after learning how their pay stacked up, were less happy in their job and more likely to look for a new one.

A study of Norway, which made its tax data easily accessible to anonymous online searches in 2001, reached a similar conclusion: When people could easily learn the incomes of co-workers and neighbors, self-reported happiness began to track more closely with income, with low earners reporting lower happiness. In 2014, Norway banned anonymous searches, and the number of searches dropped dramatically.

“More information may not be something which improves overall well-being,” said Alexandre Mas, one of the authors of the University of California report.

Some say that the release of the tax information is an invasion of privacy, others that it helps the country resist the trend toward growing income inequality.CreditDmitry Kostyukov for The New York Times 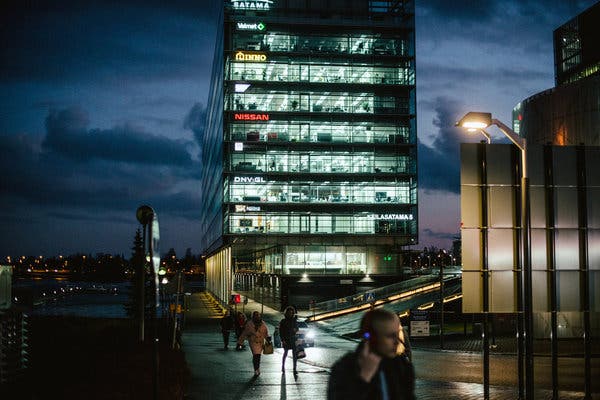 Flamboyant wealth has long been discouraged in Finland; a line of poetry capturing this idea — “if you’re lucky, hide it” — is so beloved that it has been set to music.

The government has made individual tax data accessible to the public since the 19th century, though until recently citizens had to pore through bulky ledgers for what they wanted.

Nowadays, Helsinki tabloids often assign up to half their editorial staff to cover the release of the data, and competition for computer terminals in the tax administration building is so intense that there was once a scuffle, which everyone agreed was totally un-Finnish.

(The second-biggest news deployment of the year is for Finnish Independence Day, on December 6, when news organizations devote vast resources to reporting which A-listers have been invited to the presidential reception, and what they have decided to wear.)

Esa Saarinen, a professor of philosophy, described the talk around “National Jealousy Day” as “a fairly positive form of gossip.”CreditDmitry Kostyukov for The New York Times 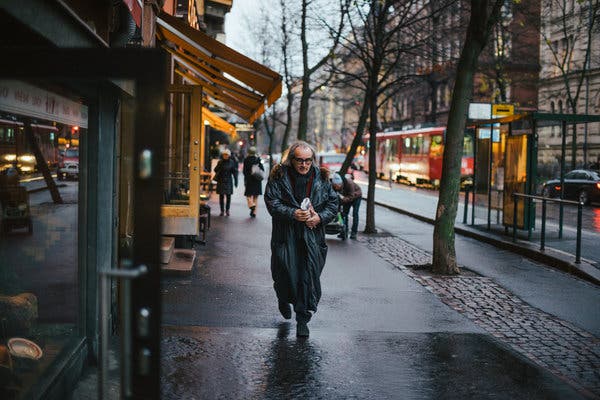 Many journalists have little love for the task. “I don’t see the point of calling up semi-ordinary people and asking they why they made so much money,” one grumbled — but others, like Mr. Pietilainen, clearly relish it.

“One hundred and thirty thousand lines of Excel to process — how do you feel about that?” he said, with obvious appetite, as his colleagues stared at him.

One of the great sports of National Jealousy Day is to publicly shame tax dodgers.

In 2015, Mr. Pietilainen found that executives from several of Finland’s largest firms had relocated to Portugal so that they could receive their pensions tax free. His reporting caused such a stir that the Finnish Parliament terminated its tax agreement with Portugal, negotiating a new one that closed the loophole.

What may sting more in Finland, said Mr. Saarinen, the philosophy professor, is disapproval.

“These particular executives have destroyed their reputation,” he said. “I would be surprised if they didn’t care. Finland is a small society. There is a sense that as long as you’re a Finn, you’re always a Finn. They will show up at Christmas at Helsinki airport, they will be recognized, and they will feel it in people’s eyes: the disrespect.”

A briefing at Helsingin Sanomat, the country’s largest daily newspaper, ahead of the release of the tax data. 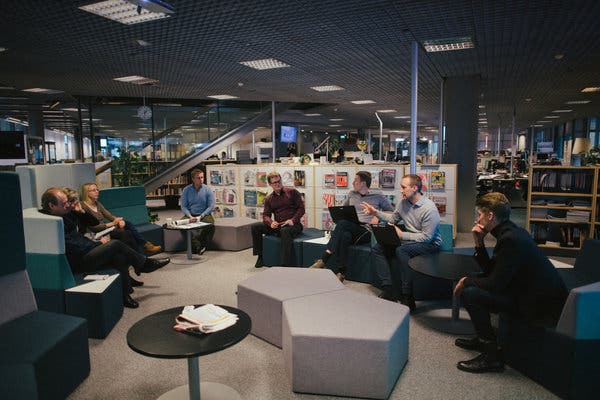 Especially adored are the young owners of the gaming company Supercell, who declared a total of 181 million euros in taxable income this year, and were five of the 10 top-earning citizens. Supercell’s 40-year-old chief executive, Ilkka Paananen, went out of his way in 2016 to express his happiness at breaking Finland’s record for capital gains taxes, telling Helsingin Sanomat that “it is our turn to give something back.”

This, said Onni Tertsunen, a graduate student at a downtown Helsinki cafe, is the kind of rich person Finns like. “He’s really humble,” he said. “That’s the thing in Finland, to be humble. If you show it around, no one likes you.”

There are, of course, manifold other uses for income tax data. Tuomas Rimpilainen, a crime reporter, said he sometimes looked up the salaries of his professional competitors before asking his boss for a raise. (It worked.)

“I’ve looked up my relatives,” said a colleague, Markku Uhari.

“And my bosses,” Mr. Rimpilainen said.

“No one likes to admit they do it,” said another reporter, Lassi Lapintie. “But everyone has done it.”

For all the attention from the news media, strictly speaking, the release of the tax data is not really big news.